You are here: Home / Kung Fu / How Long Will It Take To Learn Kung Fu? 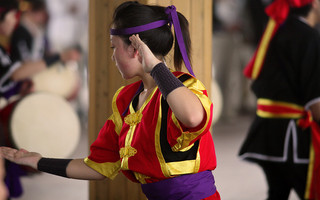 In all the years I have studied Kung Fu the question that seems to come up most often is how long does it really take to get good. I remember when I was 8 yrs old studying Karate GoJu. I use to admire the black belts in the school.

Their hard work and discipline encouraged me to keep going. As I got older like high school age. I would see black belts in school who use to get there butt’s beat. It really didn’t make sense to me at the time because you would think someone who is trained would be better than someone who isn’t trained, at least that was the reasoning I had when I was 15.

By the time I got around 21ish I started hearing how this black belt or that black belt got tooled.

Don’t get me wrong, I heard the same stuff about kung fu people as well as other “martial artist and styles”.  This is something I didn’t really understand until I started taking my training more seriously.

I too once thought,

Of course 12 years into my own training I realized how much of a newbie I really was. The fact of the matter is after about a decade of training you are ready to really start digging deeper into your martial art skills.

Before that time, you really are relying on a little skill and lots of strength. Throw some balls into the mix and you have yourself a decent fighter. Truth is though anyone can fight. It takes a special person to really understand an art and master a skill.

Learn Kung Fu By sprinkling Magic Dust Over Your Head

I will be the first to admit that there are plenty of people out there who are degrading the martial arts in general. First it was the karate mcdojo‘s, then it was the bruce lee wanna be kung fu clubs and today its the mixed martial art studio’s housed in gyms in every city.

It’s rare to find real martial arts the way it was intended to be used. In ancient days martial arts was a matter of life and death. Today you can throw in towels and play by rules and ultimately if push comes to shove there are guns.

So martial arts is a dying art. That is for another conversation… (Just realized that makes a good title for a blog post 🙂 )