You are here: Home / Archives for Martial arts

If you hang out in martial art circles I am sure you are familiar with people discussing which martial art is really the best martial art. You often see people popping in martial art forums asking about which style they should get involved with.

Why it’s true there are some martial art styles out there that is total bullshit for example. A Good example of Bullshido is the Yellow Bamboo cult.

Unfortunately there are thousands upon thousands of people who are led like cattle to a slaughter. END_OF_DOCUMENT_TOKEN_TO_BE_REPLACED

I think by now most people have seen the “fight of the century”.  This fight was a classic the young vs the old. To be honest there where a few things going against McGregor from the very beginning.

I heard some people say that McGregor, kept trying to take him down and hitting behind the head. He did deliver blows behind the neck but you can see that he was pulling those punches I really believe that he was throwing those by accident out of habit from his MMA habit.

I also noticed that Mayweather did a great job of using the rules to tire out McGregor. END_OF_DOCUMENT_TOKEN_TO_BE_REPLACED 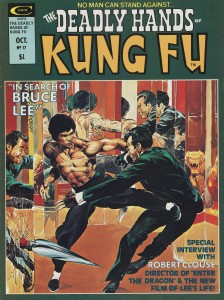 Traditional martial artist will argue that their is no respect for tradition in today’s martial arts. Mixed martial art students will say that T.M.A. is non realistic when it comes to combat.

When it comes to martial arts there are no absolute rights or wrongs, rather there is just individual expression.

There is however a universal truth and that truth is that you must learn to master your mind, body and spirit to be a complete fighter/warrior. You can develop these attributes regardless of martial art path you take.

Here are some things for you to consider, it’s okay if some of these resonate with you. We are always in a constant state of growth. If you are sincere about learning, you will eventually come to understand the true nature of martial arts. END_OF_DOCUMENT_TOKEN_TO_BE_REPLACED