You are here: Home / Archives for Bruce Lee

When you’re training in wing chun martial arts one of the best weapons you have is your hands. The ability to move seamlessly from one hand position to the next is one of the trademarks of good wing chun kung fu. Because so much emphasis is placed on the hands it’s common for a person to create a bad habit of throwing their defenses rather than placing them. END_OF_DOCUMENT_TOKEN_TO_BE_REPLACED 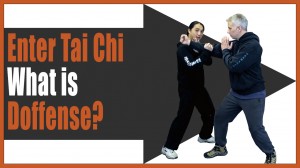 When we are talking about self defense, the faster and easier a technique is the better. Depending on why you are training in martial arts will determine on what you should concentrate on the most.

If for example you want to learn a martial art for the beauty of an art as well as the health benefits of training then learning self defense techniques isn’t a priority for you. END_OF_DOCUMENT_TOKEN_TO_BE_REPLACED

The first time I seen a wrist lock applied on a person I was in awe at how a simple move could cause so much pain to a person. When I first learned how to do wrist lock I couldn’t actually get the technique down.

The first wrist lock I learned was a reverse wrist lock. I remember the look on my partner’s face as I struggled to apply the lock.  My sifu came over grabbed the guys arm and in a half a second if not shorter the lock was applied and he was kneeling in pain.

Specifically: Use what works and discard what doesn’t END_OF_DOCUMENT_TOKEN_TO_BE_REPLACED