You are here: Home / Archives for Jet Li

Recently I had a conversation with a fellow  Kungfu enthusiast who said to me that he was getting tired of learning his art because it doesn’t seem like he is getting anywhere. He went as far as to tell me that he has spent the better part of three years training and he got his butt whooped by someone who has been training in MMA for only 1 year.  Over the years I have seen people come and go in martial arts. Like anything else once people realize that it is actually hard they tend to lose interest in favor of something easier like eating pizza and watching T.V.

Interestingly Although I love Kungfu specifically the internal kind, I will say that it is easier to learn MMA style fighting for quicker results in learning how to fight. After all its not to hard to punch and kick someone. Good Kungfu really does take years to master not because the techniques are very hard, but because we are that stubborn.

Good Kungfu relies on sensitivity skills and it can take years for your brain to rewire itself to feel and not think.  I didn’t believe that at first myself but after 15 years of training I am amazed by

Something that I noticed early on is the fact that a person can only get so strong and so fast.  Time always moves forward and our physical attributes will diminish as time goes on.   On the other side of the coin, internal martial artist will get better as they age like a fine wine. Brute force will only get you so far in life.

From around the world..

Immortal Bruce Lee, Jacky Chan and Jet Li‘s incredible, the symbols of Chinese Kung Fu in the West. They want to experience first hand the art of Kung Fu in real life with your eyes! Turn on the imagination of Hollywood movies on your … 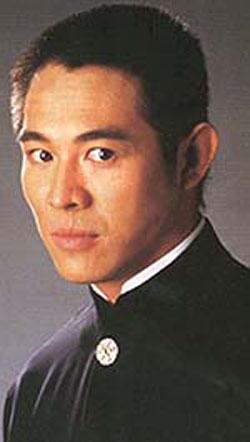