You are here: Home / Archives for World Of Wing Chun 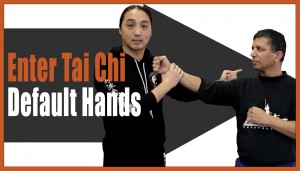 When you’re training in wing chun martial arts one of the best weapons you have is your hands. The ability to move seamlessly from one hand position to the next is one of the trademarks of good wing chun kung fu. Because so much emphasis is placed on the hands it’s common for a person to create a bad habit of throwing their defenses rather than placing them. END_OF_DOCUMENT_TOKEN_TO_BE_REPLACED

Wing Chun really is an amazing martial art. There are many different families of Wing Chun. A long time ago my Sifu said to me that lot’s of Wing Chun schools got it wrong. They focus to heavily on the external side of the martial art.

He was not talking about Wing Chun lineages. He wasn’t talking about anyone in particular he was just saying in general. To be honest with you I didn’t believe him. I simply thought he was running a business and didn’t want me to stray from his teachings.

Over the next 20 years in my travels I visited different schools and played with many different people. From different skill levels to even different styles of martial arts.

The same story occurred over and over again. I would end up playing someone who was very external , very strong and not really able to bend and blend or like my Sifu likes to say B.A.B.E ( Bend And Blend Energy).

Many times the problem was they simply were not projecting their energy correctly. A common mistake is rather than sending the energy from the shoulders to the the elbow then the wrist. Their wasn’t any energy projection at all.

I found this to be true from the East coast to the West Coast. Part of me didn’t want to believe my Sifu. He himself told me there were others who trained the internal side of martial arts. After all he didn’t learn it all on his own. He had his own teachers. After some years I realized that he wasn’t just saying people didn’t understand the internal aspect of Wing Chun to keep me as a student. He was simply speaking truth from his own personal experience. Which I discovered the same thing on my own journey.

So back to the title of this blog post… END_OF_DOCUMENT_TOKEN_TO_BE_REPLACED

What I believe separates Wing Chun from other martial art systems is that it relies on a persons skill to work rather than a persons strength.  If there is anything I learned in my own Wing Chun training it’s that patience is a virtue.

Often times I tell my own students that if you took someone who was doing MMA style fighting, they might fair better than someone who does TMA style fighting not because one is superior than the other, but because the MMA way of fighting is to get in the ring and start working it out. The TMA style of training is more interested if foundation is strong.

When I first started training, I struggled when I sparred against MMA (type) martial artist, I say type because many styles make up MMA… I only knew a handful of techniques in my first 5 years of training.  My sensitivity was still at a baby stage.  There is much more to this story that I will share at my other blog. For now though check out a new video we uploaded on the basics of Cross Arm Don Chi Sau

3 Things To Consider When Looking For A Wing Chun School

Learning How To Do The Wing Chun Jut Sao or Sau